Greetings & Happy Friday to one and all!  Here's my weekly Top 10 list of my favorite blog entries and posts for the week.  If they made my list, they had an impact, made me chuckle, challenged me, or stepped on my toes and ultimately stuck with me.

God bless you & yours this fine day! 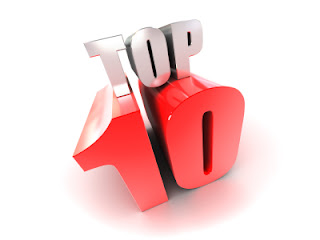 Posted by The Canote Family at 12:10 PM No comments:

The Canote Family
The Canote Family is a gospel bluegrass, musical, Jesus lovin, missionary family hailing from Clark, Missouri. With a combined total of 120 fingers and 120 toes, this family of 12 includes Chris (Dad), Susan (Mom), Samantha, Adam, Zachary aka Chewy, Alex, J.P., Allison, Natalie, Charlotte, Victoria, and last but not least, Nicholas. The instruments featured include bass fiddle, guitar, mandolin, and banjo. The Canotes also serve as missionaries with Evident Ministries, Inc. http://www.evidentministries.org, promoting missions and challenging others to join them on the mission field in their Christian short-term missions organization serving the local church in Acuña, Mexico through mobile team ministry evangelism and discipleship.

Heaven is going to be a GREAT place!

A lot of folks really just love the idea of Heaven.  A 2007 Gallup Poll showed that 81% of Americans believe in Heaven and most figured they would be going there eventually.  And, why shouldn't they believe in a Heaven?  Hey, can I just tell ya something?  Heaven is going to be a GREAT place!


The Bible says Heaven is a place filled with all the excitement and wonder of a grand banquet.  It will be as overwhelming as visiting a majestic city filled with awe-inspiring structures where you and I are the guests of honor!

Considering the alternatives, who wouldn't want to go to Heaven?

What are the things most people say at funerals?  A lot of folks comfort one another saying things like:

"Well, you know they've gone on to a better place."

"He's gone over to the other side."

We say those kinds of things because of our hope in a future where we will see our loved ones again in Glory.  It's comforting to believe in a future where we are going to live forever because in our heart of hearts, we do not want death to be a "natural" event.  We do not want our loved ones to die.  However, of course, our earthly bodies are all going to die sooner or later.  So, we have great comfort in the words of Jesus:

Hey, can I just tell ya something?  Heaven is one of the great promises of Jesus because Heaven is the cure for all our fears!  In Heaven there won't be any more death or sorrow...no more tears or pain.  Heaven IS a place of ETERNAL life and pleasure!  And as Christians, we're going there...FOREVER!  Woo hoo!  If I was sitting in the pew when the preacher said that, I would have to yell out a hearty AMEN!

Come on, who doesn't want to go to Heaven?

So, it's pretty much a no-brainer...  Heaven is a good place and a lot of folks want to go there.  But, of course, most folks are NOT that excited about Hell.

I mentioned the 2007 Gallup Pool - 81% believed in Heaven and most thought they would be going there.  However, in the very same poll, only 7 out of 10 believed in a place called Hell.  And just 1/2 of 1% expected to ever go there.  Hell is not a popular idea.

"Hell has
disappeared
and no one noticed"
~ Martin Marty

There are likely more than a few folks who would like to some people go to a place called Hell... guys like Osama Bin Laden, Adolf Hitler, Joseph Stalin, Saddam Hussein, etc.  There is a general feeling by many that brutal, sadistic people deserve to burn in Hell for all eternity.  Most every culture and religion has some version of that line of thinking.  Most everyone believes that at least somebody ought to go to Hell... just as long as it's not them!

But there are others who don't like the concept of an eternal punishment who basically reject the concept of Hell.  Many offer the simple argument that the followers of a God of true LOVE would not need to be rescued from that same God.  Many argue that a good and loving God would never sentence human souls to eternal suffering.

Just keepin' it real here...  It's hard for me to understand what folks with that perspective thing the point was of the Cross.  Who do they think Jesus was and what was His point?

Of course, this "theology" is not new.  It's not Biblical and it's not new.  This "theology" is based on and begins with the person's feelings.  It's a line of thinking that starts with how the person feels.  What THEY feel ought to be the "truth".  What THEY feel ought to be "right".  What THEY feel is "reasonable".  It is a worldly view and perspective on life.  It is a lost world which believes that your "truth" for you can be whatever you choose to believe with zero regard for what the Bible actually says.  In fact, it is contrary to what God's Word says.  That makes it blasphemy.  I can say that with confidence because I know I have the Truth on my side.

Hey, can I just tell ya something?  I cannot step into the pulpit and just teach what I feel and what I believe and then try to find an out-of-context Bible verse to justify it.  I MUST start with God's Word.  I must bow to God's Word.  And, can I just tell ya something else?  God doesn't even have to explain Himself to folks!  He's God...we're not.  And, by the way, that's how it is...all day long!

This entry is taken from my notes for the sermon:  "Sheep & Goats".  Click the link to listen to the entire sermon.  This is the 1st sermon in a series.  The entire sermon series audio is available here: 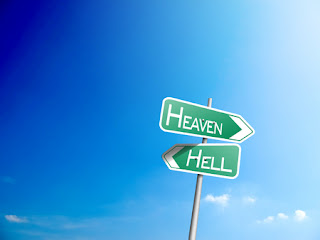 Posted by The Canote Family at 2:39 PM No comments: 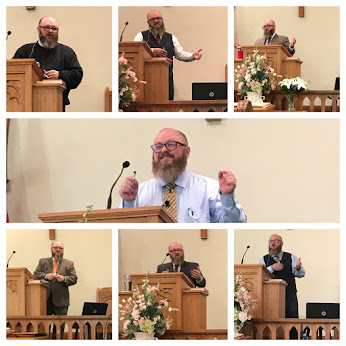 Chris Canote is the pastor of Perche Baptist Church and co-founder/executive director of Evident Ministries. As a missionary, he serves as a mission mobilizer from his home in Clark, MO and AND as a Team Ministry Outreach Director in Acuña, Mexico. His family, including 10 children, uses their gospel bluegrass music and preaching ministry at home to recruit individuals and teams to support and/or join them in their evangelism efforts with Evident Ministries in Mexico.